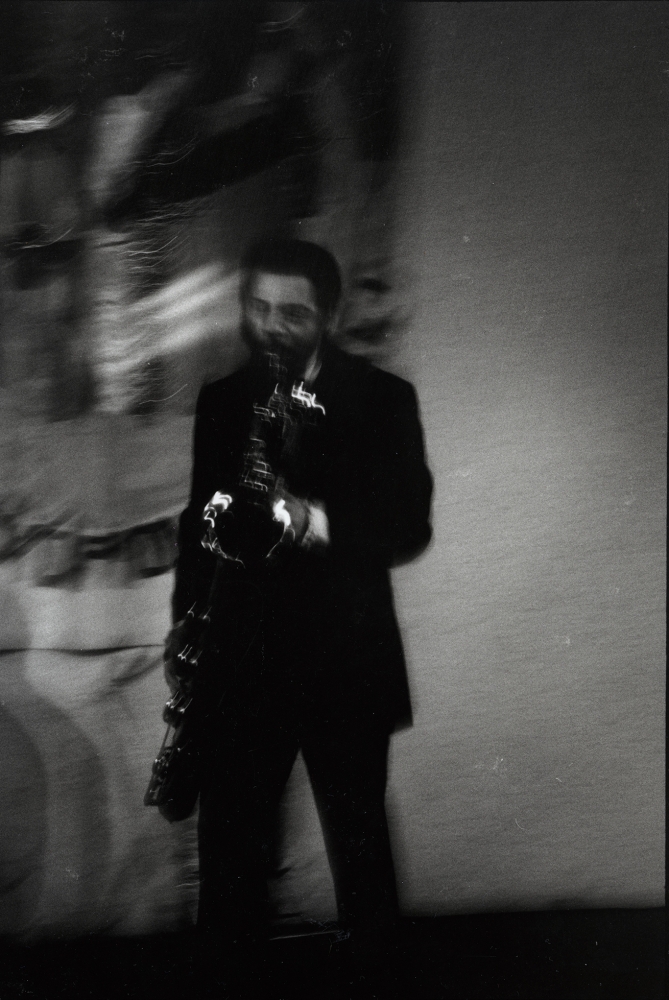 In 1975 Ming Smith became the first female member of the Harlem-based photography collective Kamoinge under director Roy DeCarava. The collective was founded some years before, in New York, to support the work of black photographers in a field dominated by white men.

It wasn’t long after that that she became the first Black woman photographer to be included in the collections of the Museum of Modern Art (MOMA) in New York City. But then: relative silence. Opportunities for people of color were not aplenty. And her work largely fell out of the public eye. Until it reappeared, again at MOMA, in a group show “Pictures by Women: A History of Modern Photography,” a 2010 exhibition which recontextualized Smith’s work alongside that of fellow experimenters in the form, including Diane Arbus, an influence, and her friend Lisette Model. Her images seem to be once again gaining a prominent place, perhaps pointing curators to bodies of work still largely unseen, which is exciting. Her contributions to the medium are back in focus and several exhibitions are on the cards.

Her latest offering is a solo presentation at the Frieze Masters of rare and vintage photographs from the 1970s – 90s – many taken during her travels to places including Belgium, Egypt, Ethiopia, Germany, Italy, Mexico and Portugal. Also on show is her Invisible Man and August Wilson series inspired by Pulitzer Prize-winning American playwright (August Wilson) and writer (Ralph Ellison). This is her first solo show in London.

Smith’s images reflect a reality that’s at once recognizable and dreamlike. There’s a documentary element to her work, particularly her photos of African-American urban life. But she’s no fly on the wall. Her specific perspective transforms the people and places she observes, whether she’s photographing in New York, Senegal, Pittsburgh, Paris or Brussels. Even Smith’s most everyday photographs are imbued with a sense of otherworldliness. Others are downright surreal and ethereal. That might be in large part due to her inclusion of in-camera techniques such as playing with focus, darkroom techniques like double exposure, collage techniques and paint on prints.

In her portraits she makes ordinary people seem monumental. Gordon Parks wrote of Smith, stating her “wonderous imagery… gives eternal life to things that might well have been forgotten.” Her works respond to the struggles of city living, while also celebrating the community and pride produced by it. Taking her camera with her as she travelled the world with Jazz musician David Murray, these images are a chronicle of her discerning eye. Smith intermingles the resplendent and the magical with the trials of everyday life. Artistic, literary and musical icons such as Duke Ellington, James Baldwin, Stevie Wonder and Tina Turner are found alongside anonymous lovers and neighborhood children. Through her own visual language of light and shade, fleeting moments are made timeless.

Susan Kismaric, Curator of Photography at the Museum of Modern Art, wrote of Ming’s work, “In an age when art is self-conscious and mercilessly analytical of itself and rarely gives us access to the artist’s life experience, the work of Ming Smith is welcome. Through her …photographs, we experience an intimacy with Smith’s emotional and intensely felt life.”

When we said Smith was currently the women of the moment we weren’t lying: She is currently in Soul of a Nation: Art in the Age of Black Power organized by Tate Modern, and traveling to San Francisco’s de Young Museum in the Fall. In 2020, Smith will be in the traveling exhibition, Working Together: Louis Draper and the Kamoinge Workshop, at the Whitney Museum of American Art, the J. Paul Getty Museum, and the Virginia Museum of Art, and in 2022 in the exhibition Just Above Midtown, at the Museum of Modern Art, New York. Aperture is also publishing a monograph on her work. There is still so much of Ming Smith’s work to explore…