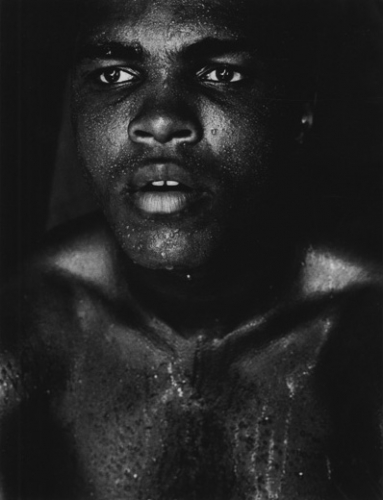 Acclaimed LIFE magazine photographer Gordon Parks photographed boxing great Muhammad Ali, who died June 3, 2016, at a pivotal time in Ali's life in 1966 and 1970. Parks created a "psychological portrait" of the boxer with these unique, intimate photos -- some of which have never been seen before -- during a period in which Ali changed his name from Cassius Clay, converted to Islam and declared himself a conscientious objector to the Vietnam War.

In 1966, Parks sought to show "the human side of the smooth-talking fleet-footed boxer who came off as supremely confident, even arrogant, in his public appearances," according to The Gordon Parks Foundation. The publication of that first magazine story, which Parks also wrote, helped redefine Ali's career. The later profile in 1970 for LIFE was done at a time when Ali, then 28, was seeking to win back his world heavyweight title from Joe Frazier, after a three-year suspension from boxing for his refusal to be drafted.

Twenty eight photos are on exhibition in"American Champion" by The Gordon Parks Foundation in Pleasantville, New York through September 24, 2016.