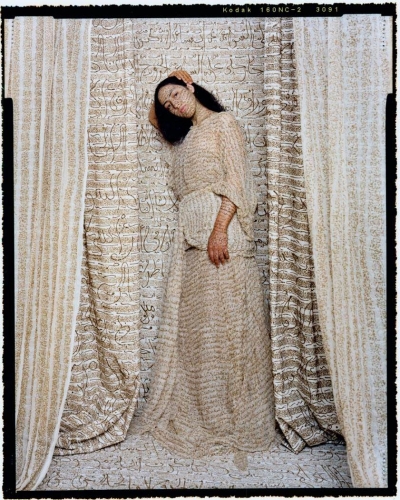 An art tradition sometimes dismissed as perpetuating lazy stereotypes about the east will soon – the British Museum hopes – be seen in a different light thanks to a major exhibition exploring how western artists have been inspired by the Islamic world.

The museum has announced details of a show that will have the tradition of Orientalism at its core.

That term for many people is highly charged, bringing to mind patronising 19th-century oil paintings by colonialist artists depicting a version of life in the Middle East that often did not exist.

But for Olivia Threlkeld, co-curator of the exhibition: “Orientalism was one of the defining elements of the 19th and 20th centuries, comparable to other ’isms like surrealism and impressionism.”

The exhibition is being held in collaboration with the Islamic Arts Museum Malaysia in Kuala Lumpur which is lending about half the exhibits in the show, many being shown outside Malaysia for the first time.

The exhibition will acknowledge that some 19th-century Orientalist works blurred the lines between fantasy and reality by showing a stereotyped view of the east, whether that was barbaric behaviour or a scene of people sitting around drinking coffee with no cares or work to do.

But there is a much longer and richer history to be explored, say curators.

The show will trace the origins of Orientalism to the 1500s and features 16th-century western paintings of Ottoman sultans. There will be important works by some of the leading Orientalist painters of the 19th century, such as Eugène Delacroix, John Frederick Lewis and Frederick Arthur Bridgman.

Later objects on show will include the original illustrations by the British artist Edmund Dulac for a 1907 edition of Arabian Nights.

But it is not just the visual arts: curators are promising exhibits exploring photography, theatre, glass, jewellery, music, clothing and ceramics.

Hartwig Fischer, the director of the British Museum, said the artistic relationship over five centuries had “influenced an astonishing diversity of material culture. This major exhibition will highlight just how extensive and enduring the cultural exchange between the west and Islamic world has been.”The exhibition will conclude with four contemporary reactions to the imagery of Orientalism by north African and Middle Eastern female artists, including a 2009 video work, Harem, by İnci Eviner.

Threlkeld said Orientalism was largely and undeservedly forgotten today outside of academic circles. “This will be a rare opportunity in the UK to see important artworks from south-east Asia’s largest museum dedicated to Islamic art, and to think about Orientalism’s impact on art history and its legacy today.”