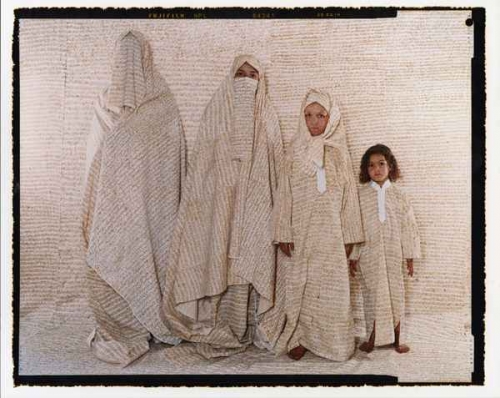 The newly spruced space features the best possible upgrade, in our opinion. It’s showcasing female artists exclusively in “Women Take the Floor.” The exhibition runs through May 3, 2021, which is a significant stretch for a show of this magnitude. It’s also a nice chunk of time to give Greater Boston and the world time to reflect on these female talents.

Exhibition curator Nonie Gadsden, the Katharine Lane Weems Senior Curator of American Decorative Arts and Sculpture, says, “It’s marking the 100th anniversary of women’s suffrage, and it will hopefully allow us to bring a lot of these stories out from the woodwork.”

The exhibition is divided into a series of categories. “Women of Action” recognizes women who contributed to the formation of action painting in the mid 20th century; it’s a movement that is — surprise — almost always attributed to men. In “Beyond the Loom: Fiber as Sculpture,” trailblazing fiber artists re-appropriate mediums that have traditionally been seen as “women’s work” into exquisite works of art.

The exhibition represents women of color, queer and trans women and native voices throughout the exhibition. Key players like Georgia O’Keeffe and Frida Kahlo are present, but less celebrated artists also have works hanging from gallery walls.

Loïs Mailou Jones was a Boston-born painter who studied at SMFA before traveling the world representing people of color. The main gallery gives her piece “Ubi Girl from Taï Region” well-deserved placement. Nearby, Moroccan artist Lalla Essaydi’s photograph “Converging Territories #30” analyzes the complex gender roles of Islamic cultures by covering what looks like a family of women of varying ages with sacred calligraphy.

“Women Take the Floor” isn’t just about female artists who produced and produce work. It’s about the systems in the art world that have perpetually kept women out of shows, sales and celebrity. Areas of the show explore how female artists have helped each other by depicting, publishing and championing women artists to counteract these oppressive practices.

“That has continued through the 20th century as women continue to struggle to show their artwork,” says Gadsden. “The statistics are pretty appalling of both art museums and the marketplace and secondary marketplace. The amount of space that women artists get is very much a fraction of what male artists get.”