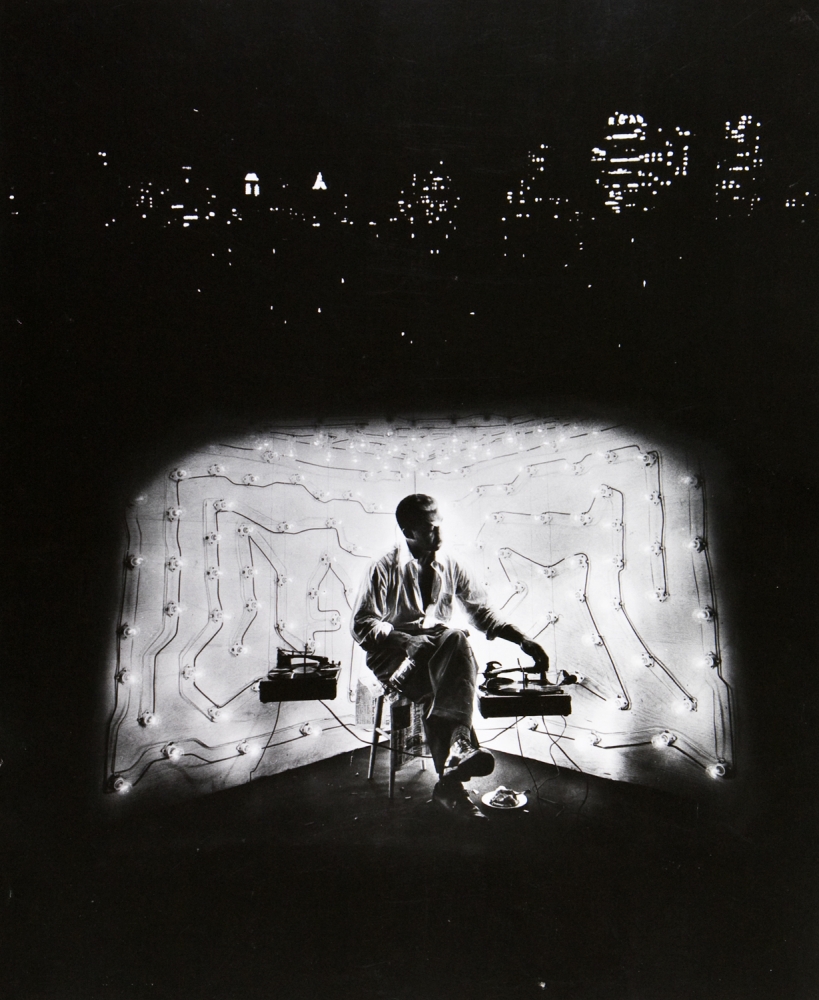 The racist elements so visible in this year’s political scene give the lie to the notion, bruited about in certain circles a decade ago, that we as a society no longer discriminate; that we have become "post-racial." The documentary photographer Gordon Parks (1912-2006), who covered the civil rights movement for decades, notably for Life magazine, would not have been amused or fooled. A large selection of his works in black and white as well as color shows us amnesiacs a review of history as if written by lightning (to paraphrase southerner Woodrow Wilson’s praise for the racist 1915 film "The Birth of a Nation"). Selections from photo essays on the 1963 march on Washington and the Black Muslim and Black Panther movements depict the turbulent sixties, when President Johnson’s support for civil rights effectively delivered the south to the once-abolitionist GOP.

Parks’ classic photo of a dignified black janitor, armed with broom and mop, standing before the Stars and Stripes, “American Gothic, Washington DC (1942),” deepens our understanding of patriotism. The juxtaposition of an elderly couple with portraits of their slave ancestors, “Mr. and Mrs. Albert Thornton, Mobile, Alabama (1956),” is moving and poignant. The Thornton family was the subject of an entire series, "The Restraints: Open and Hidden." Photos of Malcolm X, Muhammad Ali, and Kathleen and Eldridge Cleaver alternate with depictions of ordinary black people living in a segregated world, like the mother and daughter surrounded by white department-store mannequins. New to me were Parks’ photos illustrating Ralph Ellison’s novel, "Invisible Man." The title of the exhibition, "Higher Ground," derives from a gospel hymn, reflecting the spiritual aspirations behind the struggle for equality, exemplified in Parks’ photos of groups of black men and women facing his camera with gravity and purpose.