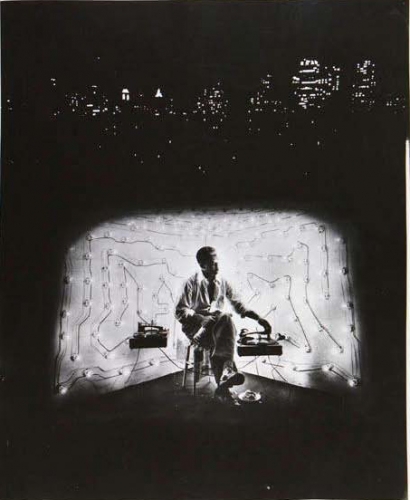 The words “Lord, plant my feet on higher ground” rang out from the churches of Alabama, as black Americans opened their hymnals to sing. The year was 1956, and in Montgomery a woman by the name of Rosa Parks had just refused to surrender her bus seat to a white passenger. Nearby in Mobile, photojournalist Gordon Parks, formerly of the Farm Security Administration, told the story of the Thornton family for Life magazine, where the American public at last were given a glimpse into the daily lives, joy, and suffering of African American men, women, and children living in the Jim Crow South.

As the magazine’s first black photojournalist, Parks would commit the next decade and more of his life to documenting the Civil Rights Movement and the unseen, sometimes deeply private, moments that unfolded behind the scenes. He was allowed access to Martin Luther King’s ‘I Have A Dream’ speech as it echoed from the entrance of the Lincoln Memorial and throughout a crowd of 250,000.

He met Muhammad Ali after he evaded the draft, and as the only black photographer on staff, he was permitted singular access to the Nation of Islam. He was dear friends with Ralph Ellison, who published Invisible Man two years before the official start of the Civil Rights Movement.

Martin Luther King had “non-violence,” Malcolm X his “any means necessary.” Ali had his fists, and Ellison his pen. Gordon Parks had his camera, which for him was as powerful a “weapon” as any.

Gordon Parks: Higher Ground, opening on February 4th at Jenkins Johnson Gallery in San Francisco, features more than 60 pieces of work by the master photojournalist, chronicling different points along a long road to equality that continues to this day. Until we reach it, we as a human race continue to pray for “higher ground.”