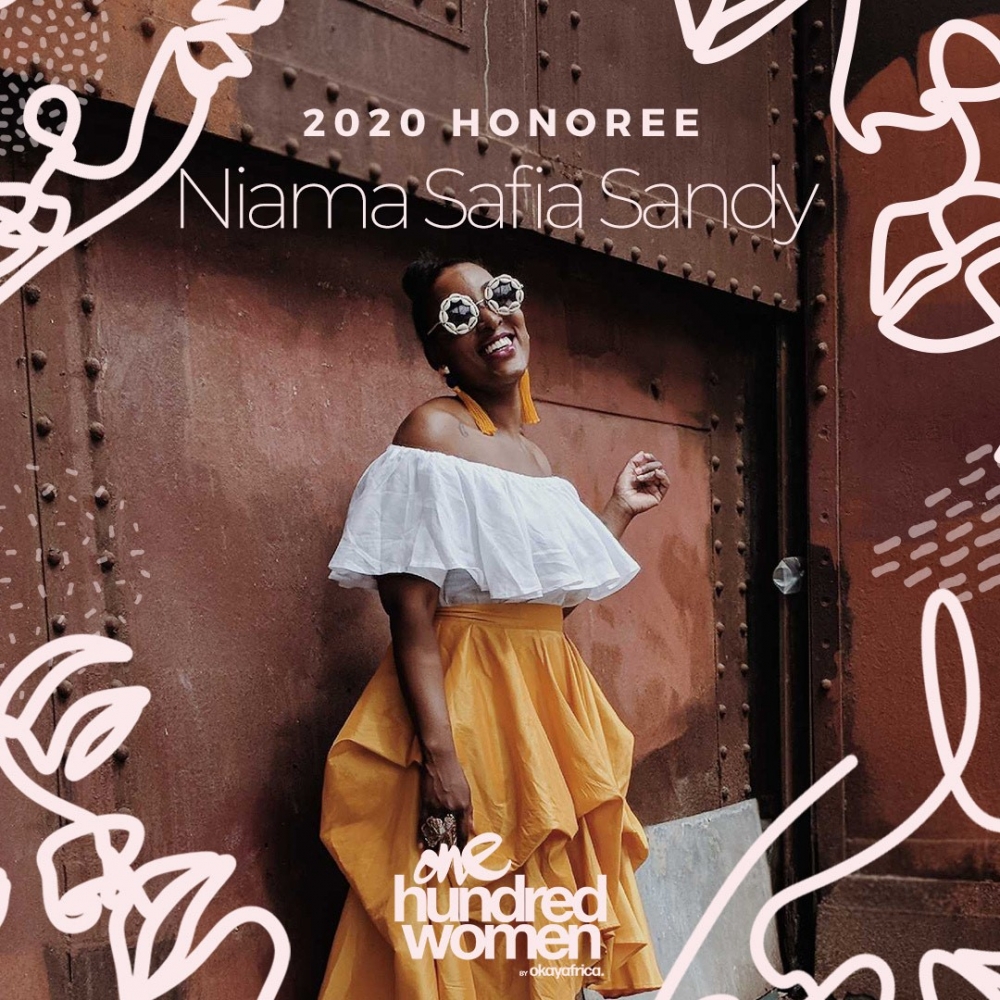 Curator, cultural anthropologist, and essayist Niama Safia Sandy is here to disrupt the anthropological space by putting focus on the Black diaspora and interrogating the themes of race, gender, sexuality, and spirituality within its interconnected histories.

For Sandy, art is a way of understanding modern and past experiences and using those experiences to bridge the gap between histories and cultures within the diaspora. Part of that means bringing our art home. "I can't help but see irony in European institutions fighting to hold on to the very history it has claimed we do not have,” she told OkayAfrica in an interview about the return of looted treasures to the continent. But “restitution should not just be about returning an object,” she said. It’s “also supporting a discourse that acknowledges the role of colonization, power and the history of how it happened, while also building a system of equity such that global cultural heritage items can be shared by all humanity in a manner that does not prevent indigenous peoples of the world from having control over their cultural artifacts and assets.”

Of her long-term goals, Sandy wants to tackle just that. “One of my long-term goals is to create more projects that speak directly to the restitution, preservation and activation of Diasporic cultural heritage objects in the West,” she tells OkayAfrica. In this way, she’s giving context and accurate historical accounts for generations to come.