Jenkins Johnson Gallery, San Francisco is excited to present Earthly Delights, a solo exhibition of Scott Fraser’s ambitiously witty and highly detailed paintings. This will be the third solo exhibition of one of America’s leading contemporary realist still life painters at Jenkins Johnson Gallery. Earthly Delights reveals the culmination of the artist’s recent investigations into objects in various states of stillness, suspension, and animation. The opening reception is on Thursday, November 1, from 5:30 pm to 8:00 pm, with a signing for his book “Scott Fraser: Selected Works” at 6:15 pm. The exhibition is accompanied by a catalogue with an essay by William Kherbek. The exhibition will be on view from November 1, 2018 through January 10, 2019.

Mixing a classical approach to painting with contemporary objects and innovative compositions, Fraser experiments with cause and effect as well as sleight of hand, putting his own unique stamp on the subject matter. This newest exhibition acknowledges the changing dynamics of the art world in the era of face-swap apps and virtual reality, showing Fraser’s evolution as an artist in contemporary times.

Scott Fraser states, “I endeavor to explore both the natural world and the more obscure recesses of my own imagination,” speaking to the ways in which his subject matter reveals itself to the viewer, challenging them to question the reality he establishes. He goes on to explain “the primary reason I have gravitated to the still life genre over the past 30 years is because objects speak to me. The infinite variety of shapes, colors and textures allows for endless compositional and narrative possibilities.” It is these infinite possibilities that Earthly Delights puts on display, exploring the thrill of discovering new configuration and thus discovering more about the self.

The precision of Fraser’s realism in depicting the often playful and even surreal subjects of his paintings brings humor to the forefront of many of his works, qualified by his labor-intensive technique. In this way, his works take on more depth; each whimsical goldfish or rubber duck is transformed by the viewer’s comprehension of the hours of precise and exhaustive technical execution that brings them to life. The still life tradition invites viewers to see from the painter’s perspective, noting the changes in color and light with the highly specialized eye of the artist. Fraser invites his viewer to both laugh with him and acknowledge the intense labor of his art. Beyond this juxtaposition, Fraser encourages his audience to question not only their reality, but the way they perceive things to be real. In the words of art writer William Kherbek, “Fraser’s works turn the viewer’s gaze inward and pose the profound, encompassing question: what is it about reality that makes it seem so real?”

In Monkey Inferno IV, Fraser flexes his classical training, deftly rendering hundreds of individual matches piled chaotically upon the bottom of a remarkably strange scenario. Above the matches hang six red toy monkeys suspended in a ritual involving string, a single lit match and two surprised looking rubber ducks wearing toque blanches. The anarchy, the oddity and even the box containing the whole scene are all balanced in their compositional weight. The structure of the piece references seventeenth century Spanish realist Juan Sanches Catan, who often painted still-lifes in similarly framed dark niches. Kherbek points out that “the objects may be common enough, but there is something about how clean they are, how ‘picturesque,’ how well-lit they are, that moves the painting back into the territory of the unreal. If the image evokes narratives from a storybook, perhaps it is because it concerns the ways the mind constructs narratives more generally.” In this way, the painting speaks to a sharpening of Fraser’s artistic voice, bringing together his love of art history, his interaction with the modern concept of reality in the tech era, and his relationship with his children. Much of the composition was inspired by the various tramways and gondolas he would construct for his children when they were young.

With Earthly Delights, Fraser brings his joyous exploration of the many possibilities of still life painting to the art world. He advances his artistic journey from his original fascination with the Dutch masters of the sixteenth and seventeenth centuries to ever more poignant and personal depictions of both his sense of humor and the way constructions of reality challenge us to look within.

As one of America’s leading realist still life painters, Fraser’s process is labor-intensive, and he is dedicated to the integrity of observational painting, meaning his works take months to complete. He incorporates historical vanitas symbols and juxtaposes them with whimsical found objects like flying goldfish, matchboxes, and popcorn. Fraser establishes a key interplay between classic and modern art, the progression of realism and the distinct vernacular of still life painting. He is interested in finding the “common quality” of simple objects while constructing compositions that are carefully planned through the staging of objects, preparatory sketches, and studies. 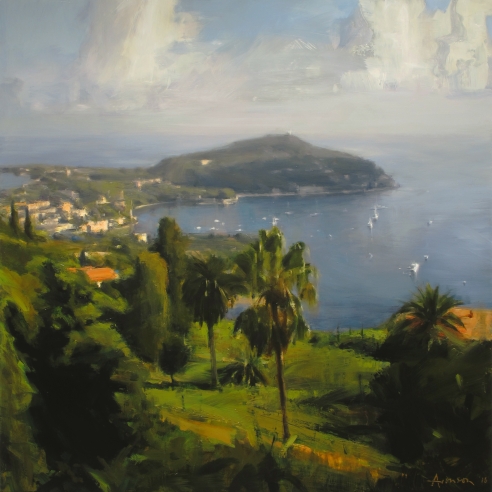 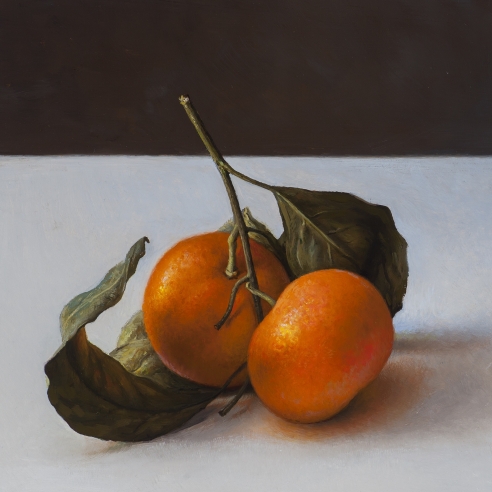