Study for Bundle with Branches, 2015

pen and ink drawing on paper

ruby onyinyechi amanze, How To Butterfly, given "the rate of flow of a fluid, radiant energy, or particles across a given area", 2016

things that are probable, 2016

gouache and watercolor on paper,

gouache and watercolor on paper

graphite on white Bond paper w/ typed text on back

colored pencil and graphite on paper

courtesy The Estate of Rosemary Mayer and Southfirst Gallery, NY

colored pencil and graphite on paper

courtesy The Estate of Rosemary Mayer and Southfirst Gallery, NY

Tracey Rose, A Muster of Peacocks: THE SHOAH, 2012

Drawing in Dialogues was conceived of as a dynamic and relational dialogue among contemporary women artists who are actively engaged in processes of describing and re-describing the world. We are honored to reunite three women artists, participants in the New York art scene in the 1970s: Adrian Piper, Donna Dennis, Rosemary Mayer (1943-2014). Also, to celebrate the strength and diversity of women’s creative practices, across generations, and their valued contributions to art, culture, and society.

Adrian Piper embodies creative multidisciplinary expressions of self, encouraged by cross-culturation and globalization. In the 1980s she explored the interpersonal dynamics of racism, and her drawings in pencil and charcoal became an important part of her critical strategies. This exhibition reintroduces Piper’s drawings to the public and a new generation of viewers. Piper was awarded the Golden Lion Award for Best Artist at the 56th Venice Biennale; she will have a retrospective at the Museum of Modern Art, New York in 2018.

Tracey Rose, Shinique Smith, and Rosemary Mayer illuminate drawing as performance, with line and gesture as a highly individual script running through everything they make. Rose, named one of the 50 greatest cultural figures coming out of Africa by The Independent newspaper in London, UK, has exhibited internationally, including 2001’s Venice Biennale. Rose’s work is most recently featured in a solo exhibition at The Museo De Arte Moderno de Buenos Aires, Argentina, and The Limerick City Art Gallery, Ireland.

Smith’s work is inspired by the vast nature of ‘things’ that we consume and discard. The Graffiti of her youth, Japanese calligraphy, and abstraction are influences from which she extracts “the graceful and spiritual qualities in written word and the everyday.”  Her work has been included in exhibitions at institutions such as the Los Angeles County Museum of Art; MoMA PS1, New York; and the Studio Museum in Harlem. Smith’s work is included in Four Generations: The Joyner/Giuffrida Collection of Abstract Art book that is considered one of the most significant collections of modern and contemporary work by African and African Diaspora artists.

Mayer was a prolific artist and writer who explored many media; she was well-known for her sculptures and installations, and her involvement in the feminist art movement. A publication of her writing, Excerpts from the 1971 Journal of Rosemary Mayer, edited by Marie Warsh, was published by Object Relations last year.

The art of Kenyatta A.C. Hinkle raises questions about our collective encounters with the black female body and its relationship to the exotic and the unknowable. Hinkle, a Fulbright Fellow in 2016, is debuting her new series The Evanesced in a solo exhibition at the California African American Museum in Los Angeles, which runs concurrently with Dialogues in Drawing. The Evanesced is a series influenced by the erasure of 64,000 missing black women in America either through slavery, trafficking, or violence.

Ebony G. Patterson’s collages are moments of beauty and humanity devoted to the memory of black youths.   She also raises questions about the constructs of masculinity within ‘popular black’ culture.  Patterson has an upcoming solo exhibition in 2018 at the Perez Art Museum, Miami.  She recently had solo exhibitions at The Studio Museum in Harlem, New York; Museum of Arts and Design, New York; and the Atlanta Contemporary Art Center.

Amy Cutler employs the power of narrative, the media, popular culture, fairytales, and her own experiences to investigate women’s work and the complex lives of women in her enigmatic drawings. Cutler’s work is in private collections throughout the United States, including: the Museum of Modern Art, New York; the Museum of Fine Arts, Boston; and the Hammer Museum, Los Angeles. Alison Saar creates artworks that reflect themes of cultural and social identity, history, and religion, and reflecting the plurality of her own experiences as a black woman artist.  She is the daughter of Betye Saar.  Her work is in such collections as the Museum of Modern Art, New York; and the Whitney Museum of American Art, New York.

ruby onyinyechi amanze’s exquisitely detailed drawings of aliens, hybrids, and ghosts defy traditional structures of space and narrative, existing instead in a magical world of alternate realities, memories, and make believe. amanze has exhibited in numerous major spaces including the Centre for Contemporary Art, Lagos; The Studio Museum in Harlem, New York; and the Museum of Contemporary African Diasporan Arts, New York. She has been an Artist-in-Residence in a wide variety of programs including Open Sessions at the Drawing Center in New York, NY, and the Queens Museum, New York.

Like amanze, examining the revolutionary and utopian possibilities of cultural hybridity, Saya Woolfalk uses science fiction and fantasy to re-imagine the world in multiple dimensions. Woolfalk’s work is in the permanent collection of the Studio Museum in Harlem, and she has had exhibitions at MoMA PS, the Brooklyn Museum, the Museum of Contemporary Art, Chicago, and the Asian Art Museum, San Francisco.

Donna Dennis articulates her voice and place in the world through more concrete structures, drawing on language and architecture to symbolically explore archetypal themes of birth, death, and rebirth. Torkwase Dyson’s artwork is informed by how people, black bodies in particular, negotiate negative constructions of space and time within natural and built environments. On the other hand, Anna Sigmond Gudmundsdottir combines found black and white landscape photographs with strong lines to create new spatial and image effects, intended as a poetic interpretation of current events concerning borders, fences, and walls.  Having exhibited internationally since 1972, Dennis’ work is featured in public collections including Musee d’Art de Geneve in Geneva, Switzerland, Art Institute of Chicago, Harvard Art Museums, Ludwig Forum fur Internationale Kunst in Aachen, Germany, and more. In 2010 Dyson had a Whitney Biennial residency, organized by Theaster Gates; her work was recently reviewed in The New York Times. Gudmundsdottir has exhibited widely throughout Scandinavia and Europe.

Through her multimedia drawings Toyin Ojih Odutola focuses on the sociopolitical construct of skin color to show how racial expectations limit the scope of what we know about people.  Her work is currently on view at the Museum of the African Diaspora, San Francisco. Her work is in the Museum of Modern Art, New York, and The Whitney Museum of American Art, among others.

Samantha Vernon’s new drawings, created with strangers before the 2016 presidential elections, form a peculiar graphic landscape of current cultural and political references that resonate with Damali Abrams’ fusion of mermaid mythology, pop-culture, and self-help in her playful collages analyzing black desire and aspirations in the face of socio-economic realities. Vernon, a recent MFA graduate of Yale University has exhibited at Brooklyn Museum, Queens Museum, Seattle Art Museum, and the Museum of Contemporary African Diasporan Arts in Brooklyn.

In times of darkness, where women’s rights are especially under threat, Simone Shubuck’s bright color palette and abstract textures, colors, shapes, and exploratory mode of expression remind us that there is something that is still living, breathing, and free. Shubuck received her BFA from San Francisco Art Institute in 1993 and has since exhibited across the United States such as Skidmore College, Southeastern Center for Contemporary Art, and Museum of Modern Art in New York, including an exhibition at Museum Het Domein in Sittard, Netherlands. 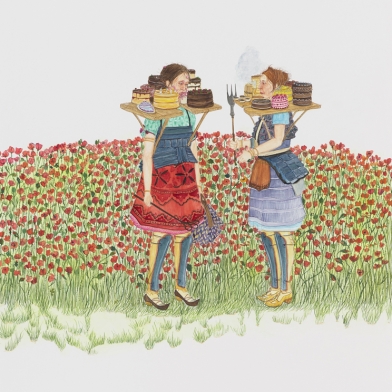 Dialogues in Drawing Reviewed in the Bay Area Reporter

Jenkins Johnson Gallery: If the shows mounted here have been inclusive, they've also been especially attuned (and allotted generous space) to works by women artists, who are often constrained or confronted by gender/identity politics, social upheaval, sexism and backlash. 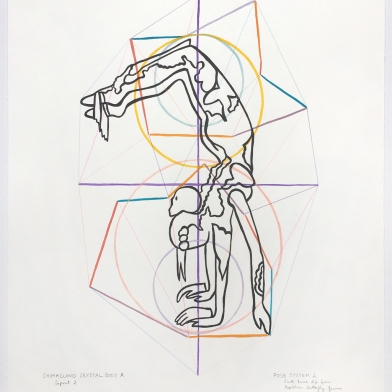 Curator, Christian L. Frock offers a review of Dialogues in Drawing upon the opening of the exhibition. 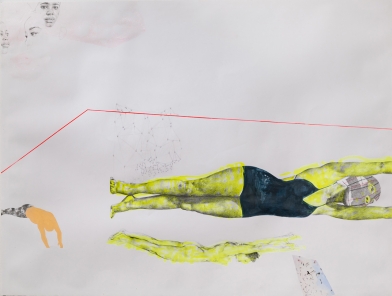 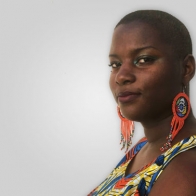 In her upcoming work, The Evanesced, debuting March 2 at the California African American Museum in Los Angeles, Hinkle calls attention to Black women who go missing as a result of sex trafficking and domestic abuse. Her archival photographs and drawings capture a sense of joy and trauma.