To become imperceptible oneself, to have dismantled love in order to become capable of loving. To have dismantled one's self in order finally to be alone and meet the true double at the other end of the line. A clandestine passenger on a motionless voyage. To become like everybody else; but this, precisely, is a becoming only for one who knows how to be nobody, to no longer be anybody. To paint oneself gray on gray.

Jenkins Johnson Projects, New York, is pleased to present A Thousand Plateaus, a group exhibition curated by Hank Willis Thomas with Daphne Takahashi, featuring new works by Chris Berntsen, Camille Hoffman, Kambui Olujimi, and Patrice Renee Washington. The title draws upon the 1980 philosophical text A Thousand Plateaus by Gilles Deleuze and Félix Guattari which examines the idea of “assemblage” - an entity that is composed of multiple component parts that are not static or fixed. With its roots in the French word agencement, “assemblage” translates narrowly to English as "arrangement," "fitting,” or "fixing."

This exhibition examines the ways in which these artists use collage and assemblage as a means to deconstruct a fixed identity and discover one that is fluid with multiple functionalities. The artists in this exhibition draw upon both societal and personal history to address issues related to modality, mobility, and identity. Composed of found objects or images with symbolic and historic significance, the works in this exhibition convey the simultaneous states of becoming and unbecoming, constructing and deconstructing, liberation and confinement.

Chris Berntsen’s work is born from within queer communities in the United States. The images, often taken in everyday moments, are fragments of intimacy, desire, and collaboration. His work brings together images of people and places that share a spirit of self-exploration and understanding of temporality. The figures captured in his photographic collages are those who define themselves inbetween and beyond the boundaries of time, space, gender, and sexuality in an era situated on the precipice of a linear past and an uncertain future.

Camille Hoffman’s mixed-media meditations on Manifest Destiny unpack the representation of the romantic American landscape. Reflecting on the embedded and latent meanings around light, nature, the frontier, borders, race, gender and power in influential landscape paintings of the 19th century, she uses materials collected from her everyday life, including holiday-themed tablecloths, discarded medical records, nature calendars, plastic bags and paint, to craft imaginary landscapes that are grounded in accumulation, personal narrative and historical critique.

Kambui Olujimi complicates and reconsiders established modes of thinking that have morphed into what commonly function as "inevitabilities." His work manifests collective psychic space as a means of investigating social practices, policies, and exchanges. Interested in the seamless process of synthesizing invisible constructs into inevitabilities, Olujimi excavates language and aesthetics of social, historical, and cultural conventions and bring them out of the world of the implicit.

Working primarily in sculpture and ceramics, Patrice Renee Washington investigates structures of race, class, and gender as they relate to the construction of identity and experience. Through use of objects and cultural signifiers, Washington explores how identity can be manipulated and shaped to explore alternative understandings.

Hank Willis Thomas is a conceptual artist working primarily with themes related to perspective identity, commodity, media, and popular culture. Solo exhibitions of his work have been featured at the California African American Museum, Brooklyn Museum, and the African American Museum, among others. Major group exhibitions of his work include Zeitz Museum of Contemporary Art Africa, P.S. 1 Contemporary Art Center, and The Studio Museum in Harlem. Thomas’ work is included in numerous public collections including the Museum of Modern Art, Guggenheim Museum, Whitney Museum of American Art, and the Brooklyn Museum. Thomas is a recipient of the Guggenheim Fellowship, AIMIA | AGO Photography Prize, and the New York Foundation for the Arts Fellowship Award. He holds a B.F.A. from New York University, New York, NY and an M.A./M.F.A. from the California College of the Arts, San Francisco, CA.

For more information on this exhibition please contact Director, Tess Sol Schwab at 212.629.0707 or nyc@jenkinsjohnsongallery.com. 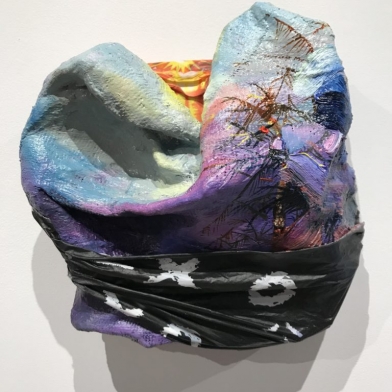 Editor's Picks Of The Week.

Each week, Artnet search New York City for the most exciting, and thought-provoking, shows, screenings, and events. See them here. 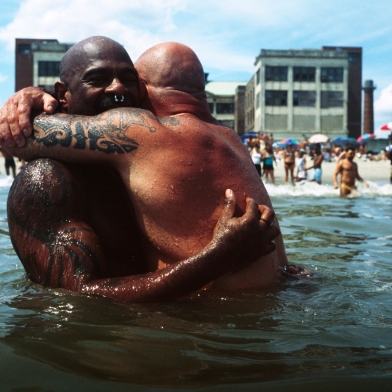 A Thousand Plateaus Artist Chris Berntsen Featured in Out Magazine

Photographer Chris Berntsen documents the community stronghold that has endured over 60 years. 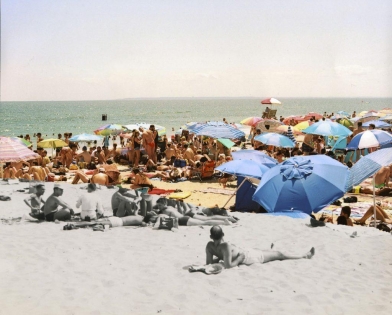 As summer kicks into high gear and the art market quiets down, contemporary galleries take the opportunity to experiment with innovative group exhibitions. From introducing young and emerging talent to exploring contemporary political and social issues, these are the must-see exhibitions of the season.