acrylic, ink, and charcoal on canvas in wood frame

acrylic and ink on canvas in wood frame

David Shrobe (b. 1974, New York, NY) creates mixed media assemblage paintings, oval portraits, and works on paper that manipulate the familiar into new and transformational configurations. These windows and portals, as the artist often refers to his work, provide glimpses into uncharted territory, and transport the viewer and his subjects. Shrobe’s work invites us to partake in a multilayered exchange of materiality, symbolism, and multiple perspectives, where abstraction and figuration coexist and new portrayals emerge.

Shrobe's work is created in part from discarded materials sourced from multiple geographies including California and New York, and especially from around his familial home.  By combining remnants of domestic spaces (such as furniture parts, cloth, and flooring) with paint, ink, graphite and minerals, Shrobe seamlessly collapses the divisions between painting, drawing, collage and sculpture. His interest in everyday found objects continues a discourse on re-assembling and decoding Black materiality, nodding to the work of Betye Saar and Noah Purifoy. Through various modes of production Shrobe brings ideas like identity, community, and history into question. His portraits appear hybridized or cyborgian - sending out veiled messages about their psychological make up and their place in a fictive social hierarchy, while confronting the way we perceive human interaction. These likewise become mysterious and powerful commentaries on the visual representation of history and consumer culture, creating a sense of a renegotiated history.

David Shrobe’s work was recently acquired by the Brooklyn Museum of Art. In 2018 he had his first West Coast solo exhibition, Somewhere in Between, at Jenkins Johnson Gallery in San Francisco, and he was featured in Punch curated by Nina Chanel Abney at Jeffrey Deitch. He has shown in art fairs including Expo Chicago; Untitled, Miami Beach; and had a solo booth at The Armory Show. Shrobe was a participant in The Aesthetics of Matter, curated by Deux Femmes Noires: Mickalene Thomas and Racquel Chevremont; Harlem Postcards at the Studio Museum in Harlem; Bronx Calling: The Fourth AIM Biennial at the Bronx Museum; and Meta-Modes at the Sugar Hill Children’s Museum of Art and Storytelling. His works are in the Walton Family Private Collection, the Dean Collection, the Collection of the Jordan Schnitzer Family Foundation, and the Estate of Peggy Cooper Cafritz. Shrobe received his MFA in painting from Hunter College, is a graduate of Skowhegan School of Painting and Sculpture, and a Joan Mitchell Artist Teaching Fellow. David Shrobe lives and works in New York City. 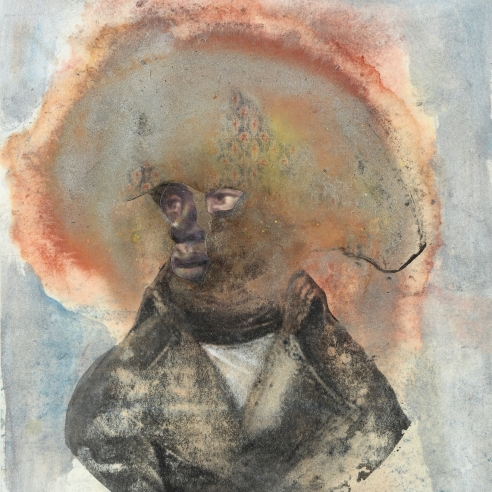 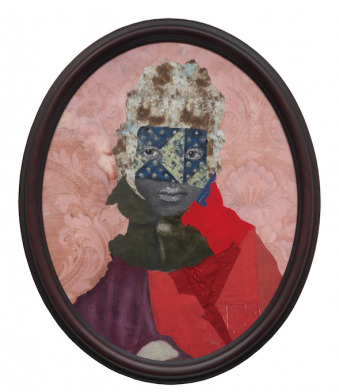 State of the Art

These four trending artists are reshaping their chosen mediums with groundbreaking works currently on display. 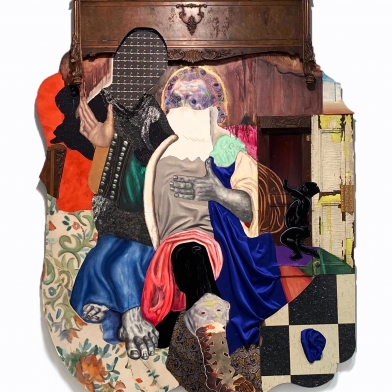 Scenes from the 2019 Armory Show 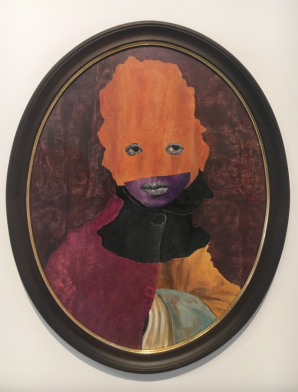 This year at the Armory Show, a curatorial focus on identity and figuration has pushed bright, texture-heavy ruminations on selfhood to the fair’s forefront. Should you be swinging by, be sure to check out these exciting up-and-comers—here are seven stand-out pieces, all for under $20,000! 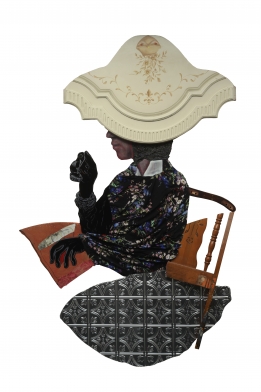 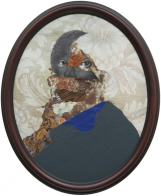 Harper's Magazine features David Shrobe's works in "The Gatekeepers: On the burden of the black public intellectual"

This essay by Mychal Denzel Smith centers on writer James Baldwin as a model for black public-intellectual work. 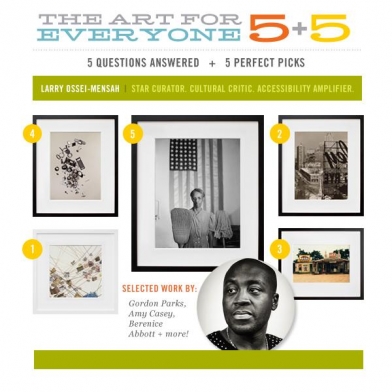 In an featured interview in 20x200, curator Larry Ossei-Mensah names the three artists as up-and-coming progressive artists to watch out for. 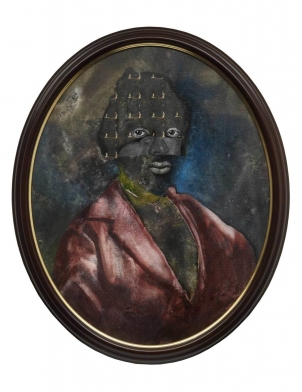 Throughout my painting process, I often put myself in place of the viewer. I see this portrait as a portal that provides a glimpse and fleeting moment into a potential future and deep cosmos. There’s a suggestion of a journey, and the destination is uncertain for the subject as well as the viewer. The viewer is confronted by the gaze of a hybridized figure—a traveler, a face fractured and obscured. Is he moving through space or are we looking at a reflection of ourselves? 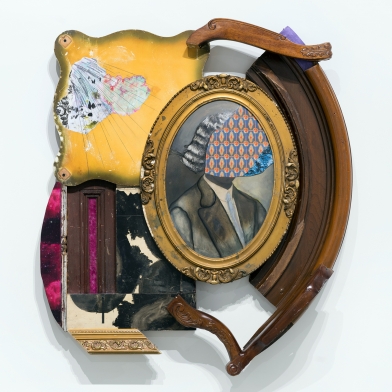 Contemporary&reviews David Shrobe: Somewhere In Between

David Shrobe is an artist’s artist; he is garnering interest from fellow contemporaries, Ebony G. Patterson, Nina Abney Chanel and Nick Cave, with the latter two making recent purchases. His first solo show on the West Coast is being held at Jenkins Johnson Gallery in San Francisco. In his exhibition Somewhere in Between he dissects objects that have previously lived in a specifically Black domestic setting and grants them new life. Written by Nan Collymore. 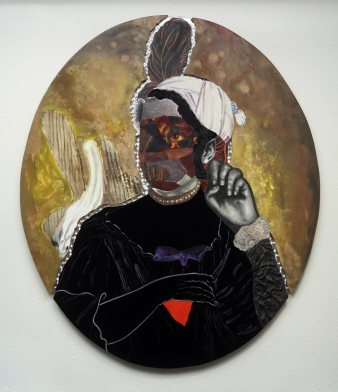 Somewhere In Between reviewed by Square Cylinder

Writer David M. Roth evaluates the many ways David Shrobe's work speaks to African American identity and the weight of the solo show's portrayal of hybridization. 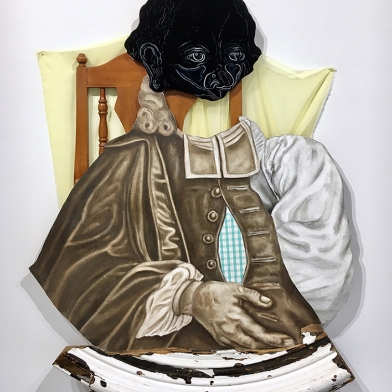 What’s up in SF museums and galleries this fall

David Shrobe's upcoming exhibition "Somewhere in Between" at Jenkins Johnson Gallery is a can't miss event this season.